When filing for bankruptcy – whether Chapter 7, Chapter 13, or any other chapter – it is easy to get overwhelmed by the granular legal distinctions between different forms of property, different forms of debt, the timeframes and deadlines that must be met when filing, and detailed legal procedures. But it is important to understand the process and the difference between the technical terms that accompany a bankruptcy filing.

The distinction between priority, secured, and unsecured creditors can have a significant impact upon your ability to discharge various debts in bankruptcy. Under the United States Bankruptcy Code, certain claims of creditors take priority over others, affecting the order in which each creditor must be paid. And under a Chapter 13 repayment plan, whether the debtor will be required to repay a creditor's claim in full or in part depends significantly upon the classification of the creditor's claim.

In a Chapter 13 bankruptcy case there are three types of creditor claims:

Each type of claim is treated differently under the United States Bankruptcy Code and it is important to identify which creditors hold which priority of claim and to understand the differences.

Priority claims tend to involve payments for the care of family and children and debts that were incurred as a punishment for an intentional act of the debtor.

Under Chapter 13, priority claims must be repaid in full unless a creditor holding a priority claim agrees to a different arrangement. Or, if it the claim in question is a debt for domestic support, the debtor may pay all of his or her disposable income to a 5-year plan.

Some common forms of priority claims include:

Secured claims are unique in that the debt is secured by collateral. Typically, if the debtor does not repay the loan or debt, the creditor has the option to take the collateral as payment.

Therefore, in a bankruptcy case, in order for a debtor to keep the collateral underlying the secured claim, they must repay an amount at least equal to the collateral property.

Some common forms of secured claims include:

Unlike secured and priority claims, unsecured claims do not necessarily need to be fully repaid in order to be discharged.

Typically, a Chapter 13 plan does not need to require repayment of unsecured debts. Rather, the plan can require that the debtor pay all of his or her "disposable income" over the applicable period of time so long as the creditor receives an amount equal to what they would have received in a Chapter 7 liquidation.

Some common types of unsecured claims include:

With some exceptions, unsecured claims will be fully dischargeable in Chapter 7.

Creating a manageable Chapter 13 plan that will be approved by the bankruptcy court is a difficult process. It is essential to understand the different types of creditors' claims and how each is treated under Chapter 13 and Chapter 7.

The Nevada bankruptcy attorneys at 702-DEFENSE will guide you through the process and help you get the debt relief you seek. 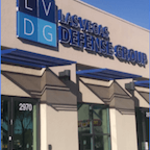